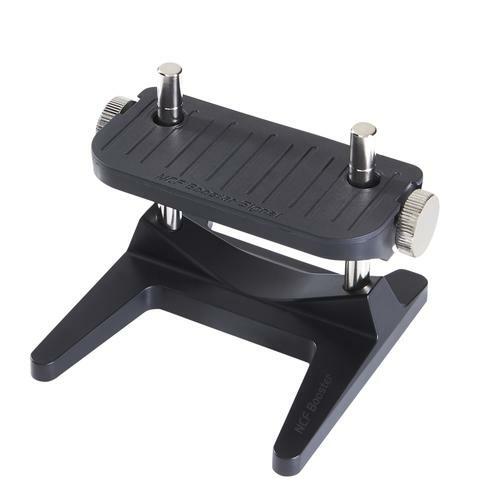 Incorporated into selected Furutech products, NCF features a special crystalline material that has two ‘active’ properties. First, it generates negative ions that eliminate static. Second, it converts thermal energy into far infrared. Furutech combines this remarkable material with nano-sized ceramic particles and carbon powder for their additional ‘piezoelectric effect’ damping properties. The resulting Nano Crystal² Formula is the ultimate electrical and mechanical damping material. Created by Furutech, it is found exclusively in Furutech products.
No other manufacturer goes to the expense and effort that Furutech does to develop and produce high-end audio accessories and cables, and NCF is a cumulative result of 30 years of research and development of Pure Transmission high-end audio grade products. The very audible improvement to sound playback offered by this unique material is winning praise and support, not only from Furutech’s loyal following of “Pure Transmission” audio enthusiasts but also from numerous makers of audiophile products worldwide that incorporate NCF components in their products.

The word crystal, when applied to sound reproduction, is a truly desirable thing. When you describe a sound system as “crystal-clear,” for instance, you’re referring to its ability to offer an open and transparent window into the original recording event. You might also use this phrase to suggest a lower noise floor, less distortion, or anything else that gets you, the listener, closer to the music you love.
Furutech has produced decades of unrivaled innovation within the audio industry. We have enabled listeners all over the world to get closer to their favorite music by making it sound as crystal-clear as possible. We have accomplished this enviable feat through careful research based upon solid scientific principles, and exhaustive listening tests to confirm those results.
For example, we have pioneered the use of many revolutionary technologies in our legendary line of Furutech products—the Floating Field Damper, the Two-Stage Cryogenic and Demagnetization Process and many, many others. Now we’re set to transform the audio industry with crystals.
These aren’t “magic” crystals, mind you, but a new crystallized material that actively generates negative ions to eliminate static and converts thermal energy into far infrared. There is nothing mysterious about the way these crystals work—quite simply, they improve audio performance in a very specific and measurable way.
The story behind these crystals is simple as well. Years ago, a research discovered that these crystals affected sound quality in a certain way—a very positive way. After learning about this research, Furutech decided to test these crystals under strict conditions. After experimenting with countless forms and composites, the Furutech team found a proprietary use for this material that would excel in audio applications.
Furutech achieved this by combining these crystals with nano-sized ceramic particles and carbon powder to create a piezoelectric effect, which results in even better damping properties. This didn’t happen overnight—this material is the culmination of 30 years of steady and consistent research at Furutech.

We dubbed this material NCF, which stands for Nano Crystal² Formula.
It works so well, in fact, that many other audio companies in Japan are now working with Furutech to implement NCF into their products. Now it is time to introduce the NCF technology to the rest of the world.