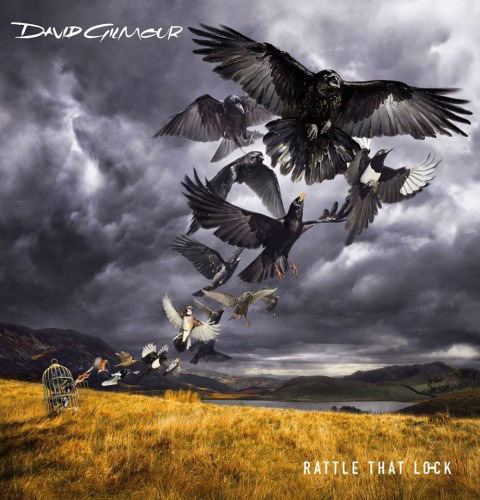 RATTLE THAT LOCK is David Gilmour’s fourth solo album and follows the No. 1 platinum release ‘On An Island’ (although in the interim there was of course the Pink Floyd release ‘The Endless River’ which went to No. 1 in 21 countries). It was released worldwide on Friday 18 September 2015, and went to No. 1 in 11 countries around the world.

Rattle That Lock includes 10 songs, all with music by David: five with lyrics by novelist Polly Samson, two by David himself and three instrumentals. The album was recorded at various places, including David’s Astoria houseboat studio and in Hove, Sussex, UK. As with ’On An Island’, production was by David Gilmour and Roxy Music’s Phil Manzanera, with engineering by Andy Jackson, assisted by Damon Iddins.

Rattle That Lock’s striking cover was art directed by Dave Stansbie from The Creative Corporation under the creative directorship of Aubrey Powell from Hipgnosis.

Front cover photograph is by Rupert Truman of StormStudios, while artist photographs in the various release formats are by Kevin Westenberg, with recording session photographs by Polly Samson.