Avishai Cohen : Into The Silence 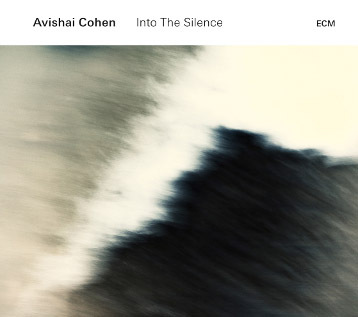 Avishai Cohen impressed a lot of listeners with his soulful contributions to Mark Turner’s Lathe of Heaven album in 2014.

Now the charismatic Tel Aviv-born trumpeter has his ECM leader debut in a programme of expansive and impressionistic compositions for jazz quartet (trumpet, piano, bass, drums), augmented by tenor saxophone on a few pieces.

Into The Silence is dedicated to the memory of Avishai’s father David, reflecting upon the last days of his life with grace and restraint. Avishai’s tender muted trumpet sets the emotional tone of the music in the album’s opening moments and his gifted cast of musicians explore its implications. Israeli pianist Yonathan Avishai has played with Cohen in many settings and solos creatively inside the trumpeter’s haunting compositions, sometimes illuminating them with the phraseology of the blues.

Cohen and drummer Nasheet Waits have a hypersensitive understanding and their interaction can, from moment to moment, recall the heyday of Miles Davis and Tony Williams or Don Cherry and Billy Higgins. Yet this music, while acknowledging inspirational sources, is very much of our time. Bassist Eric Revis, a cornerstone of the Branford Marsalis quartet for two decades, provides elegant support throughout. And saxophonist Bill McHenry, a subtle modernist who has worked with Paul Motian and Andrew Cyrille, shadows Cohen’s lines with feeling.

Into The Silence was recorded at Studios La Buissonne in the South of France in July 2015 and produced by Manfred Eicher.

5.Behind The Broken Glass

For the first time on vinyl and it includes a CD