Them Changes is the 1970 release by American Rock and Funk drummer, vocalist, composer and producer Buddy Miles. 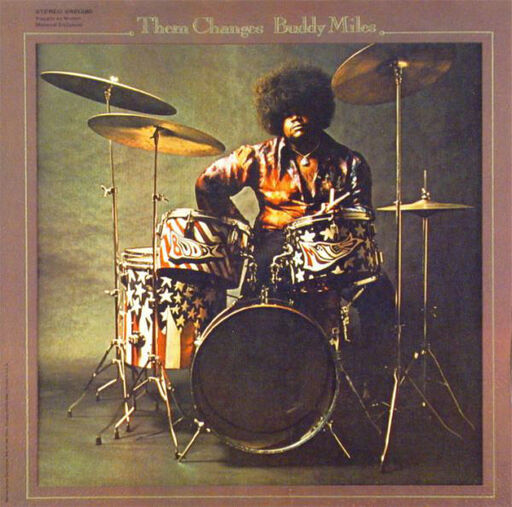 According to critics Them Changes is one of the great lost treasures of Soul inspired Rock music. He was a founding member of The Electric Flag (1967), a member of Jimi Hendrix's Band of Gypsys (1969-1970), founder and leader of the Buddy Miles Express and later, the Buddy Miles Band. In addition to Jimi Hendrix, Miles played and recorded with Carlos Santana, Mike Bloomfield and others.

According to critics Them Changes is one of the great lost treasures of Soul inspired Rock music. The album stayed on the charts for more than a year and the title track became Miles' signature song. With this album Miles not only proved himself to be a great interpreter of songs of others, but also demonstrated his ability to write solid material on his own.

44 years after its original release, the Music On Vinyl re-issue of this classic album is pressed on 180 gram audiophile vinyl.