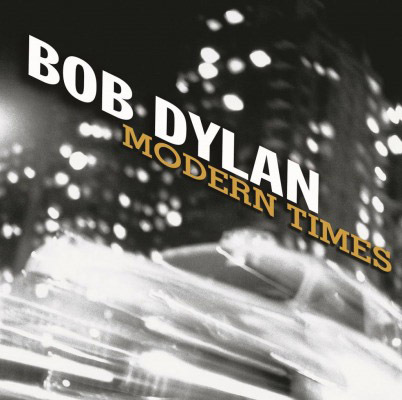 Following Time Out Of Mind [MOVLP1049] and Love And Theft [MOVLP506], the album was Dylan's third album in a row to be met with nearly universal praise from fans and critics. It continued its predecessors' tendencies toward Blues, Rockabilly and pre-Rock balladry, and was self-produced by Dylan under the pseudonym "Jack Frost".

Modern Times became the singer-songwriter's first #1 album in the US since 1976's Desire [MOVLP836]. It was also his first album to debut at the summit of the Billboard 200. At age 65, Dylan became the oldest living person at the time to have an album enter the Billboard charts at number One.

It also reached #1 in Canada, Australia, New Zealand, Ireland, Denmark, Norway and Switzerland, debuted #2 in Germany, Austria and Sweden. It reached #3 in the UK and the Netherlands, respectively, and had sold over 4 million copies worldwide in its first two months of release.

1. Thunder on the Mountain
2. Spirit on the Water