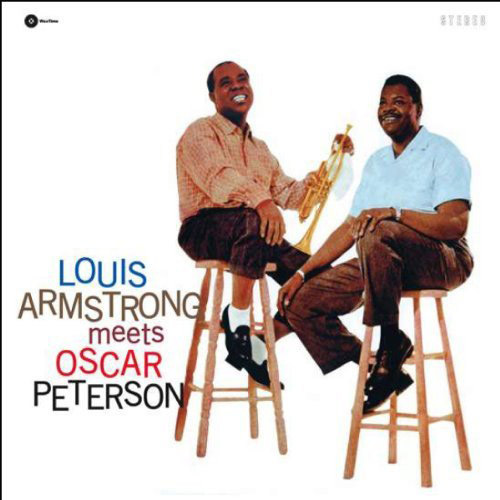 In the mid-fifties, Louis Armstrong signed a non-exclusive contract with Norman Granz to make a few albums (Louis’ longtime manager, Joe Glaser, didn’t promote any exclusive contracts, allowing his protégée to record with as many different labels as possible).

In fact, Satchmo was one of the very few jazz stars who still hadn’t worked with Granz, and the producer decided to showcase Louis in different contexts in order to depart from his usual concert routines. After disbanding his own big band in 1949, Louis had been fronting a sextet known as the “All Stars”. With this band, Louis toured the world and became one of the best known jazz men of all time, and one of the world’s most famous artists and personalities.

Although his repertoire was always heart-felt and effective, it became a bit stagnant and limited to about twenty songs, including jazz standards, New Orleans classics and a few pop songs. Thus, Granz’ decision to change Louis’ studio environment was greatly welcomed by the jazz world. The producer replaced Satchmo’s All Stars with the Oscar Peterson Trio plus Louie Bellson on drums on a number of sessions; set up the vocal partnership of Louis with Ella Fitzgerald on others, and even produced a whole “conceptual album” with selections from Gershwin’s Porgy and Bess, arranged and conducted by Russell Garcia. All five projects are deservedly recognized among Louis’ best records ever.

Of equal importance is the fact that, although most of the songs chosen were already well known standards by 1957, Louis had never previously recorded the majority of them (and he would never record them again). Therefore all of these versions can be considered one-of-a-kind gems.