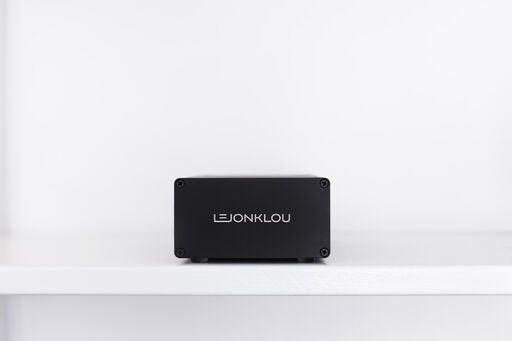 Slipsik is a hand-built dual mono design with individually measured and selected components. It was first released in October 2006 and has been gradually improved ever since. All units, even the first one, can be upgraded to the latest specification. Slipsik is housed in a very compact aluminium enclosure that occupies 57 mm in height, 103 mm in width and 180 mm in depth.

Slipsik 5 received a rave review by the american HiFi magazine Stereophile in October 2011. They not only thought it was best in test, but also added it to their list of Recommended Components.

In February 2019, Slipsik 7 was released. In this latest version, sensitive signals are buried inside the circuit board, between multiple narrowly spaced layers of copper. The power cord inside Slipsik 7 is also screened with an insulated thin-walled solid copper tube, which is soldered to the chassis in both ends. This improves performance by preventing mains hum and radio frequencies from reaching the circuits where the music travels.

In addition to the screening of mains power, the circuit board has been redesigned, using knowledge gained through the development of Lejonklou´s dual mono MC pre amplifier SINGularity. The input circuit of Slipsik 7 has also been further trimmed to allow even finer details of the music pass through. The result is the best MM phono preamplifier Lejonklou has ever made!

Slipsik 7 is only available in black and every unit is built and tested in Sweden.
Each unit is signed by the person who does the final trimming and listening test.