Pink Floyd SACD - Dark Side of the Moon 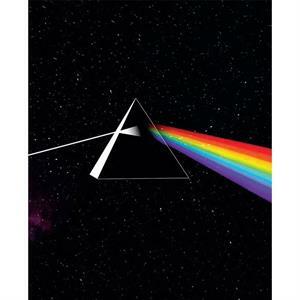 A multitrack masterpiece. Mixed for 5.1 surround sound and stereo from the original analog master tapes by Pink Floyd Producer/Engineer James Guthrie. This is Pink Floyd at its collective finest, with everyone contributing. David Gilmour took a huge chunk of the music — writing, laying down the chord progressions on "Breathe," "Time," and "Any Colour You Like," plus the singing on the album's best songs, Water conceeding to David's far superior voice. Gilmour also pumped out what would later be hailed as some of rock's most influential lead-guitar riffs on "Money" and "Brain Damage." By all industrAnother classic Pink Floyd title receives the multichannel reissue treatment and Acoustic Sounds and Analogue Productions is once again proud to handle exclusive distribution of this monumental SACD. The SACD also of course includes a stunning stereo mix. And as this is a hybrid disc, the album is of course also playable on a standard CD player.

The Dark Side Of The Moon is a phenomenon.

Pink Floyd Dark Side of the Moon