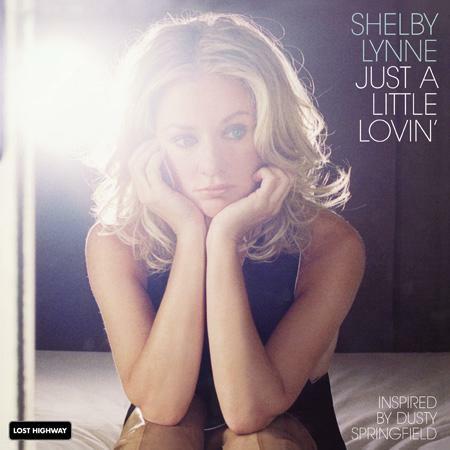 Cut to LP by Doug Sax from analog master sources

"...She's enough of a talent to serve up nine of Dusty's (plus one original) with reverence rather than mimicry, while avoiding the obvious songs. But the hook is the sound: it ranks with any 'audiophile' LP you can name." Sound Quality: 90%, Hi-Fi News Album Choice - Ken Kessler, Hi-Fi News, September 2012

"...it is simply hard to believe how good this LP sounds, the backgrounds are as quiet as any of the famous UHQR pressings. Lynne's voice simply comes out of silence and a real space. It is rich, detailed, and most of all, unbelievably alive sounding. This recording is so good that I swear it sounds like she sings better than she did on the original...This is an LP that every vinyl lover must have in their collection!" - Jack Roberts, Dagogo

"...the first truly all-analog version...a tad warmer tonally, goes even deeper in the lower bass, and has an overall ease to the presentation that makes it the best version yet of this record. In fact, the super-silent 200-gram vinyl surfaces particularly benefit an ultra-dynamic recording such as this, so that previously unheard details such as the lightest cymbal flourishes can now be heard. While it isn't fully clear whether it was the mastering - or the plating and pressing that was responsible for the improvement, there's no doubt that there is one...Highly Recommended." - My Vinyl Review, March 18, 2012 To read the entire review, click here: http://myvinylreview.blogspot.com/2012/03/short-spin-shelby-lynne-just-little.html?m=0

"...all I can say is THIS IS INCREDIBLE!!!!!! The sonics are spectacular and the pressing quality is as good as has ever been pressed in my opinion. The backgrounds are dead, black, silent the way Japanese pressings used to come on JVC 'Supervinyl!' and believe me it doesn't get any better than that, though this may even be richer, darker and blacker." Music = 9/11; Sound = 11/11 — Michael Fremer, MusicAngle.com
To read Fremer's full review, click here: http://www.analogplanet.com/content/you-cant-roll-joint-ipod-0

"...Despite the album's AAA pedigree, and Lynne's stating her preference for analog and for vinyl — which created a press buzz of its own, particularly after she memorably made the case for the format by saying 'You can't roll a joint on an iPod' — the original vinyl release was a fiasco...Enter Chad Kassem's Analogue Productions. Kassem knew the history and he knew how much better Just A Little Lovin' could sound. So he licensed the title for vinyl and SACD, acquired the master tapes and had them shipped to Doug Sax at The Mastering Lab. The songs arrived on individual reels that had to be spooled off and spliced together to create each side's running master." — Andre Marc, MusicAngle.com

One of the most incredible sounding records we've ever heard. It's exactly what audiophiles dream about. A mixture of great music, great performances and a great recording — all with air to breathe. Show-stopping sound!

Released originally by Lost Highway Records in 2008, Just A Little Lovin' is Shelby Lynne's stirring, emphatic tribute to the late British singer Dusty Springfield. It is to date the highest charting album of Lynne's career, reaching No. 41 on the Billboard 200. The producer is veteran Phil Ramone — the engineer for Springfield's original recording of "The Look Of Love."

Reissuing this masterpiece to our Analogue Productions standards was an enormous — and expensive — undertaking. Keep in mind that almost without exception, for every pop record recorded after 1992, even if it's recorded to analog tape like this one, the songs are stored individually. That means that there is never an actual complete album master compiled. So to cut an LP from tape, we had to have mastering engineer Doug Sax assemble an analog master in order so that he could then cut the record to LP, using his famed tube electronics. This involves a lot of extra cost and work. But, since this is such an incredible album, we went all the way. Also, we should mention that Shelby Lynne herself is reportedly a big fan of vinyl.

As for the quality of the record itself, the name says it all. This heavyweight platter from Quality Record Pressings is dead quiet — and smooth. Plating was also done in-house at QRP by Gary Salstrom.

Right on the heels of our Analogue Productions reissue of Dusty Springfield's Dusty In Memphis, which was named Stereophile's Recording of the Month for February 2012, the timing couldn't be more perfect.

In addition to the Springfield tracks, Lynne also covers Tony Joe White's "Willie and Laura Mae Jones." In fact, given the style of music and sound quality, we'd recommend that anyone who likes this record also check out our reissue of Tony Joe White's Homemade Ice Cream (https://store.acousticsounds.com/d/75086/Tony_Joe_White-Homemade_Ice_Cream-200_Gram_Vinyl_Record) and our reissue of Dusty Springfield's Dusty In Memphis (https://store.acousticsounds.com/d/73767/Dusty_Springfield-Dusty_In_Memphis-45_RPM_Vinyl_Record). And if you like either of those two records, we think you're gonna like this one.

PopMatters' review of Just A Little Lovin' wrote - "Lynne has crafted a disc that - while not exactly transcendent - still manages to go to emotional places that remain unattainable to your run-of-the-mill pop vocalists." Some of Dusty's biggest hits are covered here including "You Don't Have To Say You Love Me," "I Only Want To Be With You," and "How Can I Be Sure."

Let Shelby Lynne give you Just A Little Lovin' — it'll make your day!