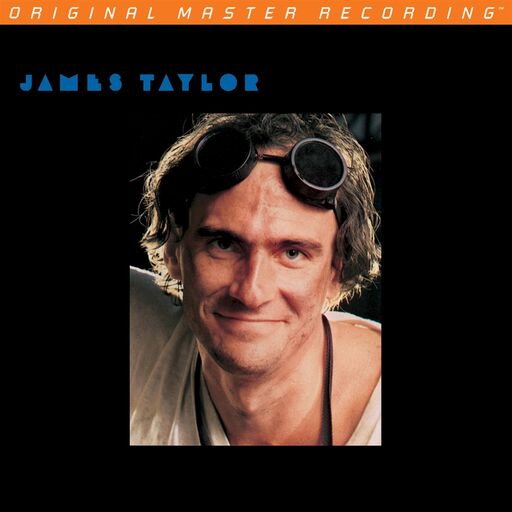 Recorded amidst a failing marriage, ongoing heroin addiction, alcohol dependency, and a sense of fading commercial prowess, James Taylor's Dad Loves His Work is an emotional juggernaut and musical marvel. Long considered a classic of the singer-songwriter domain, the 1981 effort stands as Taylor's last real "great" album and an involving aural artwork that simmers with honesty, conviction, and feeling.

Mastered from the original master tapes, our numbered edition hybrid SACD marks the first time this classic has been properly remastered. This audiophile version lifts up the cover on a world of sound, with Taylor's mellow finger-picked guitar melodies, gently reassuring vocals, and bittersweet deliveries brought to the fore. Listeners will also be able to relax amidst the soft clouds of comforting background singing by ace guests Jennifer Warnes,J.D. Souther, and Peter Asher.

With the title reflecting the singer's answer to his then-wife, Carly Simon, Dad Loves His Work remains a statement of certainty and priority that Taylor invests with devastating poignancy, physiological soulfulness, and universal pathos. Balancing the biting edginess and forlorn despair with equal parts self-deprecating humor and rapier wit, Taylor's songwriting on such nuggets as "Hard Times," "Hour That the Morning Comes," and charged "Stand and Fight" is among the best of his career.

No surprise, then, that Taylor wasn't only looking at and reflecting upon his own life, but that of his relationship with his own father and ancestors. The emotional repercussions involved with such looming themes trickle through the harmony-laden music, spurred by the vocalist's trademark acoustic guitar, shivering harmonicas, Rhodes pianos, myriad percussive devices, and tasteful keyboard passages.

Taylor's definitive duet with Souther on "Her Town Too" bridged both the pop and adult-contemporary charts, catapulting Dad Loves His Work in the Top Ten and past sales of one million copies. Similarly, Taylor expands his horizons on the politically motivated "Sugar Trade," co-written by Jimmy Buffett.

Our collectible audiophile hybrid SACD brings you into Taylor's private world with unparalleled intensity and extreme closeness. Taylor feels every word he sings on this record, and now, thanks to meticulous remastering efforts, his expressiveness and sensitivity coming through via unencumbered transparency and dynamic acoustics. This edition of Dad Loves His Work is not to be missed.