The Millennium Bell(1999) is the 20th record album by Mike Oldfield. 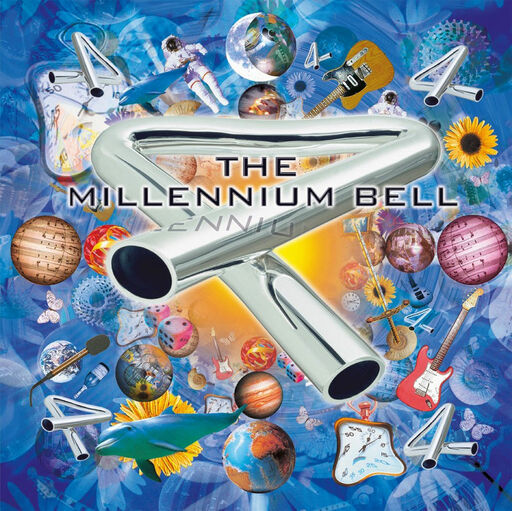 The Millennium Bell is the 20th record album by Mike Oldfield, originally released in 1999. The theme of the album is a reflection of different periods of human history. The album borrows its name from the dawning of the 3rd millennium and Oldfield's Tubular Bells series of albums. The Millennium performance of the latter half of the album plus some older tracks was given in Berlin, Germany on New Year's Eve 1999, with an estimated audience of 500,000 people.

Oldfield recorded the majority of the album at his home studio, Roughwood Studios, Berkshire, and then recorded the orchestrations in just one day at Abbey Road Studios, London with the London Session Orchestra.

It was Oldfield's third album within one year, after Tubular Bells III in late 1998 and Guitars [MOVLP1694] earlier in 1999. The album is eclectic in style, ranging from majestic choruses and soundtrack-esque orchestral passages through New Age sonic textures and ethnic sounds to strong pulse of electronic percussion.