Atomic Rooster: In Hearing Of

After the success of Death Walks Behind You, an appearance on Top of the Pops, a successful tour, it was time for emerging stars Atomic Rooster to record their third album. 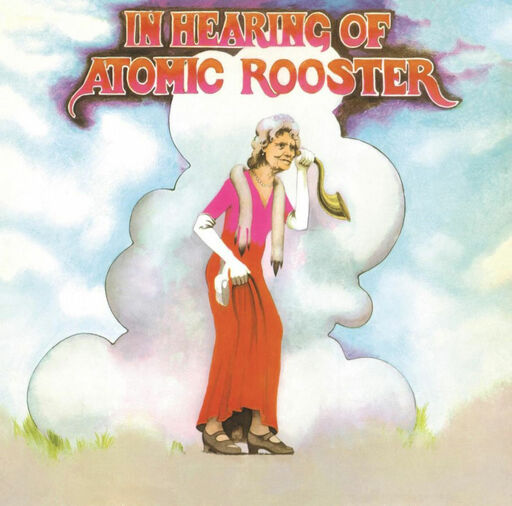 The album is a perfect example of a band evolving and in constant transition, such as they show with this little-known gem of the 70s British rock.

Much less bombastic than the band's earlier releases, In Hearing Of is almost funky at times.

The lyrics are doom-laden in the spirit of much of this genre of British hard rock at the time, and pseudo-classical references crop up from time to time, but Vincent Crane's keyboards are generally tasty, and the melodies are often downright memorable.

The album's genre is not-quite-metal, not-quite-progressive, but evocative and very well executed. Although not up to the 'classic' status that its predecessor attained, In Hearing of by Atomic Rooster is a very enjoyable album for both prog and hard rock fans, and probably the last Atomic Rooster album to make an impact on the emerging heavy prog scene; up-and-coming bands like Uriah Heep, Hawkwind and Gentle Giant would soon command more attention. However, the influence of In Hearing Of can be heard in those band's music, as well as millennial bands such as Wolfmother.