The incipient incarnation of Atomic Rooster with Vincent Crane(organ/vocals), Nick Graham (vocals/bass), and Carl Palmer(drums) was together just long enough to document its 1970 debut. 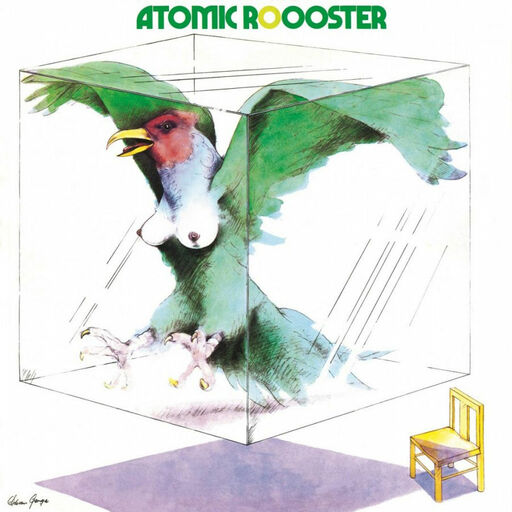 Prior to the last-minute addition of Graham-- the only bassist Atomic Rooster ever had -- the band emerged from the remnants of the then recently defunct Crazy World of Arthur Brown.

The incipient incarnation ofAtomic Rooster withVincent Crane(organ/vocals),Nick Graham (vocals/bass), andCarl Palmer(drums) was together just long enough to document its 1970 debut. Prior to the last-minute addition ofGraham-- the only bassistAtomic Roosterever had -- the band emerged from the remnants of the then recently defunctCrazy World of Arthur Brown.

The material was primarily courtesy of Crane and consisted of heavy and versatile sides. The versatility is evident throughout the impressive array of styles ranging from the folk-inspired pastoral songs via bluesy horn arrangement and contrasting driving rockers and jazzy spells. Lyrically, Crane reveals his penchant for dark imagery. Support at the time was bolstered by strong live appearances, positive word-of-mouth, and significant BBC Radio sessions.

Jazz Behind the Dikes Vol 2 is the second installment in the Jazz Behind The Dikes series.