Elf: Trying To Burn The Sun

Trying to Burn the Sun by Elf is a great listen for all fans of 70s rock, not only Dio and Rainbow fans. 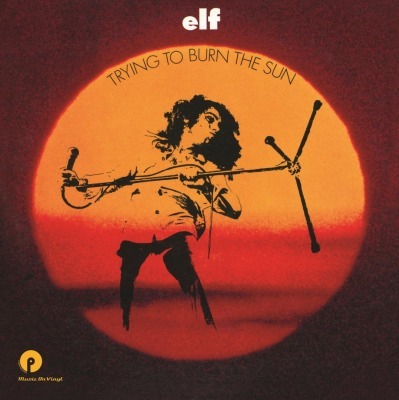 Elf was an American rock band founded by singer and bassist Ronnie James Dio, keyboardist Doug Thaler, drummer Gary Driscoll, and guitarists Nick Pantas and David Feinstein (Dio's cousin). The band was originally called The Electric Elves, but was shortened to The Elves and finally Elf in 1972. Elf disbanded in 1975 after recording three albums and after most of the lineup had been absorbed into Ritchie Blackmore's new group, Rainbow.

Ronnie James Dio went on to a successful career in heavy metal, fronting Rainbow, Black Sabbath, Heaven & Hell, and his own band, Dio. David Feinstein also found a career in metal, leading the band The Rods for a number of years. Original keyboardist Doug Thaler went on to a career in music management.

Recorded while the band was evolving slowly into the Ritchie Blackmore's Rainbow, Trying to Burn the Sun is the third and final release from Elf, the band that finally earned Ronnie James Dio the attention he had been seeking since the late 50s. After writing and recording a few singles for Blackmore, Dio and Elf were solidly moving in a heavier musical direction.

Trying to Burn the Sun is a great listen for all fans of 70s rock, not only Dio and Rainbow fans